Let me introduce you to a new verb “To Bucket List”, meaning to fulfill a dream, preferably before you die, or “kick the bucket”.

“To bucket list” isn’t often considered to be a verb, but it’s the way I like to think of “bucket listing” my own personal dreams, which I consider quite different to setting and attaining my own personal goals.

My goals in life have generally been carefully selected and I’ve set out strategies and time frames for achieving my goals. For the most part, things have generally gone to plan and I am, where I am now in life, because of the goals that I have set for myself.

On the other hand my bucket list has changed as I have transitioned through life. During this transition I have bucket listed so many different dreams. Some of these dreams have fallen by the wayside and others have been ticked off as “done that”.

My point is, that as time has gone by, I have ticked off most of these dreams. I’m satisfied that I have done the things that I have dreamed of doing, with a few exceptions.These exceptions are still “bucket listed” and to be done in the near future:

Some of my past bucket listed items have fallen by the wayside, others have been exceeded, here’s a couple of examples:

I had for many years a bucket listed dream to visit India and bathe in the Ganges.

I visited India and Varanasi in the early 80’s and watched with fascination the ritual burning of the bodies on the Ghats. This is an amazing place, I was living the dream.

The following morning I walked along the banks of the mighty Ganges and met up with a girl from Belgium. She offered to mind my gear while I had a quick dip. So I got into the water, but then crazily decided to swim right across the river to the other side and back. It was a bit of a freaky event but the bucket listed item had been exceeded.

I lost interest in sky diving after watching other divers jump from a small plane in Papua New Guinea. The plane was a two seater and the doors had been removed to get the sky divers crammed into the back. To cut a long story short a flare went off in the back of the plane and the divers had to leave in a hurry. I watched in shock as they plummeted to earth, I’d never seen humans move so fast. They landed safely, but my interest fell by the wayside.

Learn how to bucket list your dreams in your own way.

It’s important to devise your own methods of Bucket Listing. But, if you’d like to do it in a more traditional way, then visit wikiHow to view the steps.

And finally here’s a short exercise to boost your bucket list experiences and really get the most out of life.

Comments are closed, but trackbacks and pingbacks are open. 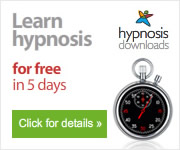